Todd Wellemeyer has shoved in the desert.  He has logged 15 innings yielding only 2 earned runs.  His control has also been in midseason form with only two free passes.  His only blemish this spring has been his low strikeout total of four.  He deserves to start the season as the fifth starter.   I want Gigantes fans to understand why he is performing so well after a disastrous 2009 campaign in which Wellemeyer went 7-10 with a 5.89 ERA.

Todd Wellemeyer is pitching for his professional baseball life.

One year after notching 13 wins and respectable 3.71 ERA for the Cardinals, Wellemeyer found himself signing a minor league deal with Los Gigantes.

Wellemeyer knew he needed a bounce back year if he was going to extend his MLB career.  He did what many pitchers do when they need to impress an organization in Spring Training.  He began his throwing program early.  He is simply ahead of the hitters at this time.  The red flag that he has been throwing for a while is his control this spring.  Control is the last thing to come back for pitchers when they are getting back into game shape.  Look at Tim Lincecum and his 8 base on balls in 7 2/3 innings thus far in Spring Training for evidence.

Kevin Pucetas looks like he followed the same game plan as Wellemeyer.  He has been outstanding this spring (9IN, 0ER, 3K, and 0BB).  Pucetas has gone 42-13 in his minor league career with a 3.20 ERA.  He did struggle in AAA but appeared to figure it out later in the season.  He is now 25 years of age.  I am certain we (Gigantes fans) will see him sometime this season.

Wellemeyer will most likely fall on his face in late July or early August.  His fantastic spring will be his downfall.  He has been fantastic because his early throwing program has gotten him into game shape a month before he will pitch in a meaningful game.

Good for Todd Wellemeyer.  He did what he had to do to make the team.  I hope Los Gigantes ride him out as long as they can.  Los Gigantes will pull the plug on Wellemeyer once there are signs of fatigue in the second half and most likely insert Pucetas (I hope he doesn’t fall on his face because his early throwing program as well) or Madison Bumgarner (who did not throw during the off-season.  His rust is evident).

Okay, that’s enough Todd Wellemeyer talk.  I bet KJ I could write at least two pages on him.  I wrote one and put myself to sleep.

How great are fake holidays that are all about drinking to excess?  St. Patrick’s Day and Cinco de Mayo are two of my favorite days of the year.  Guinness and Jameson, there are not many things that are better.  I had my first Irish Car Bomb at 5:00AM on St. Patrick’s Day. 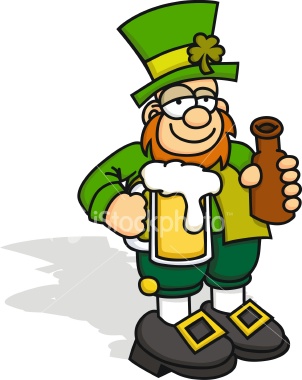 In my defense, I got off work at 4:00AM.  I had to celebrate before I went to sleep.

RT (who works for the best rental car company in the world), had four seats in the corporate luxury box at the Warriors game.  Instead of taking clients (like most employees do when they get tickets in the box), RT did what any real man would do.  He took his boys.  Good effing deal.

We got to park in the players parking lot.

KJ looked the part.  He was dressed business casual.

The Tux-Shirt is the mullet of the T-Shirt world.  It says I am all business, but ready to party.

KJ: “Yeah, our rides would look weird in here.”

RT didn’t hear me but we were all thinking the same thing.

RT: “Are we allowed to drink in this parking lot?”

SLY: “We’re in a luxury box.  They don’t know we didn’t pay for the thing.  I’ll tell them we paid 5k for the box to watch their horrible team.  We’re drinking here.”

A security guard came over about 10 minutes later.  He told us we can’t drink in this parking lot.

Warrior players and coaches are on http://www.drunkathlete.com.  Maybe the security officer was afraid we would offer Monta a cold one. 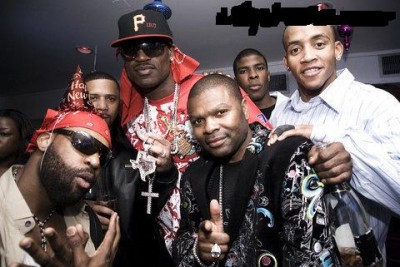 This is when the Dubs were competitive.

I wussied out on telling off the security guard.

We finished our brews and KJ and I even got in some Gentleman Jack, you know, because we are gentleman.  We wouldn’t be allowed to drink Gentleman Jack if we were not.  Words don’t lie.

KJ did learn an important lesson.  Do not ever attempt a shuffle step with two full beers in hand.  Always go with the cross over step.  The shuffle step is a 2 ounce mistake with a chance of complete embarrassment.

The Luxury box was awesome.  The game started.  Warriors’ basketball is not awesome.  I did give myself a financial rooting interest.  Anthony Tolliver had 16 points in the first six minutes.

SLY: “If Tolliver goes over 30 I am purchasing his jersey for myself and anyone else who wants one.”

I immediately regretted my drunken offer.  There were a couple takers.  JRAM was now a huge Tolliver fan as he wanted to see me shell out good coin for a player who I will most likely have no recollection of in twelve hours.

The Warriors were down by double digits at halftime.  Tolliver didn’t do anything after the first 6 minutes.  I was safe for the moment.

These guys were gamers.  I was amazed how they would run plays without hitting the other chairs.  It was fun to watch.

We did notice that there wasn’t much dribbling.

SLY: “Two full rolls of the wheel. I mean, if it is two steps in leg basketball.”

Then it happened, a break away.  There was a free path to the basket.

Only one thought came to mind.

This is what I thought was going to happen.  I was let down.

Silence overcame the box.  RT’s boss looked at me in a way that made me feel uneasy.  There wasn’t much laughter.  JRAM just shook his head.

I will have a lot to explain at the pearly gates.

I flagged down our server.  I ordered a six pack.  It was $35 bucks.  At this point, I felt like I deserved to pay $6 a beer to continue to drink.

I am calling it the Idiot Tax.

I have an idea for drinking at professional games.  After your 4th beer, an idiot tax is applied.  For each beer after the fourth the concession will add $1 to the original price.  Example, if a beer cost $7, the fifth beer would be $8, the sixth $9, and so on.   A black permanent marker could be used on the right wrist of the consumer.

Idiots like me and my friends will still pay for the beer.  Make me and all idiots pay a steeper price for our drunkenness.  If this led to Los Gigantes signing Carl Crawford next year, I would drink and gladly pay the Idiot Tax until I passed out.

These are the thoughts that roam freely in my head while I am intoxicated.

Oh yeah, the second half!

I was only concerned with Anthony Tolliver’s point total.

He was heating up in the fourth quarter.

His point total climbed to 27 points.  He was hitting threes.   He hit another one.  30 EFFFing points for Anthony Tolliver, are you kidding me?  I was praying to God that he would not score another point.  There was a minute and a half left.

The Warriors came back from down 20.  Good Stuff.

My annual Spring Training trip will kick off next Thursday morning.  I am looking forward to the excess booze and baseball.  My first game will be Thursday night with Los Gigantes vs. The A’s.  I will be rocking my Lincecum wig and jersey.

I hope I will get to see Barry Zito pitch so I can play the “Barry Zito Drinking Game” for the first time this year.

I have a goal to get a large group to participate in the BZDG at Pac Bell/SBC/AT&T Park this season.

Let me know if you want to join in the fun.

I have to give big props to KJ.  After weeks of scouring Damon Bruce Podcasts, KJ has finally pirated one of our favorite sound bites of all time.  Annie’s “Pound it”.

I am proud of you and I have already used it in inappropriate situations.

Click and Save this sound bite.  It is the ultimate text message alert.